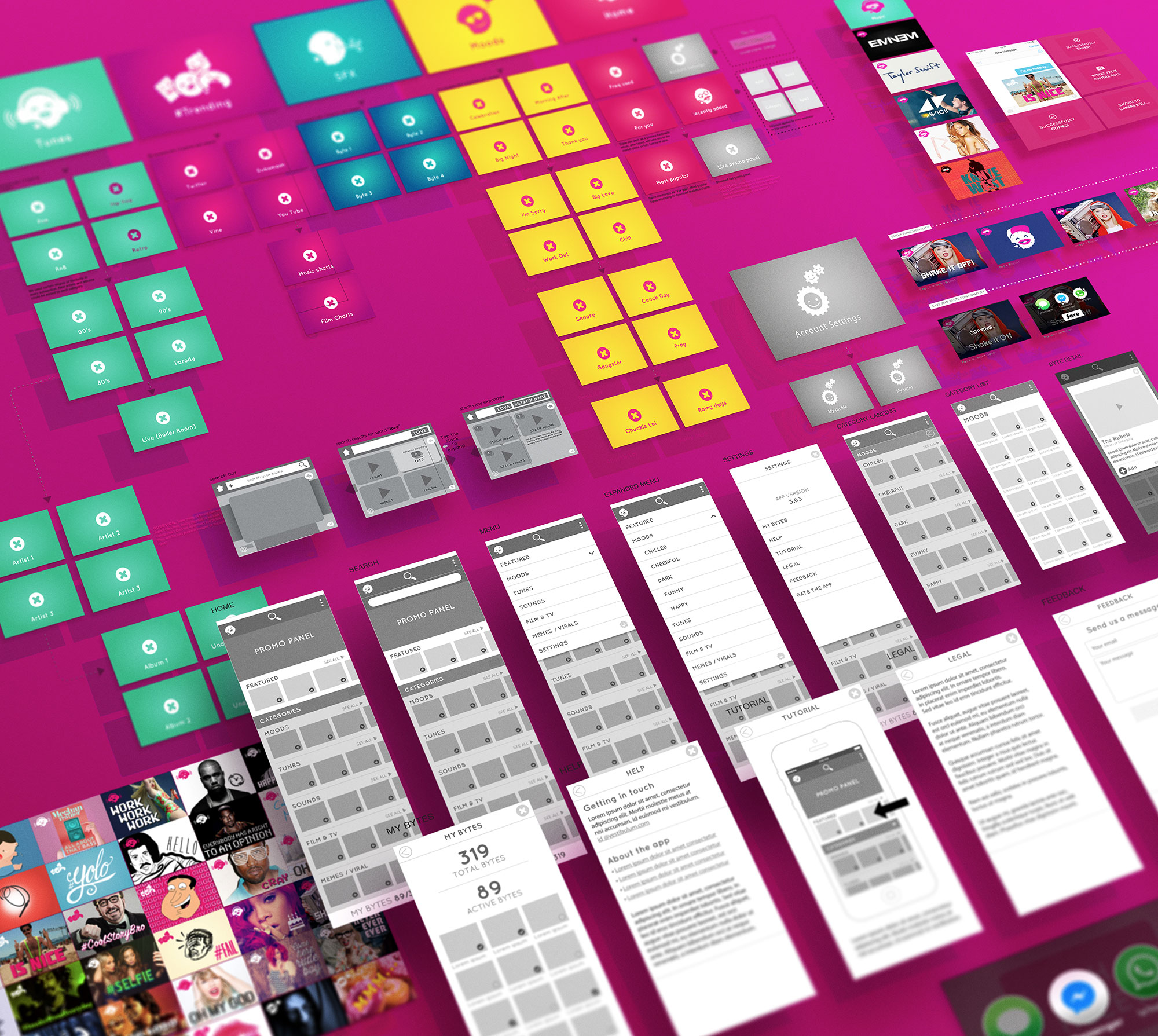 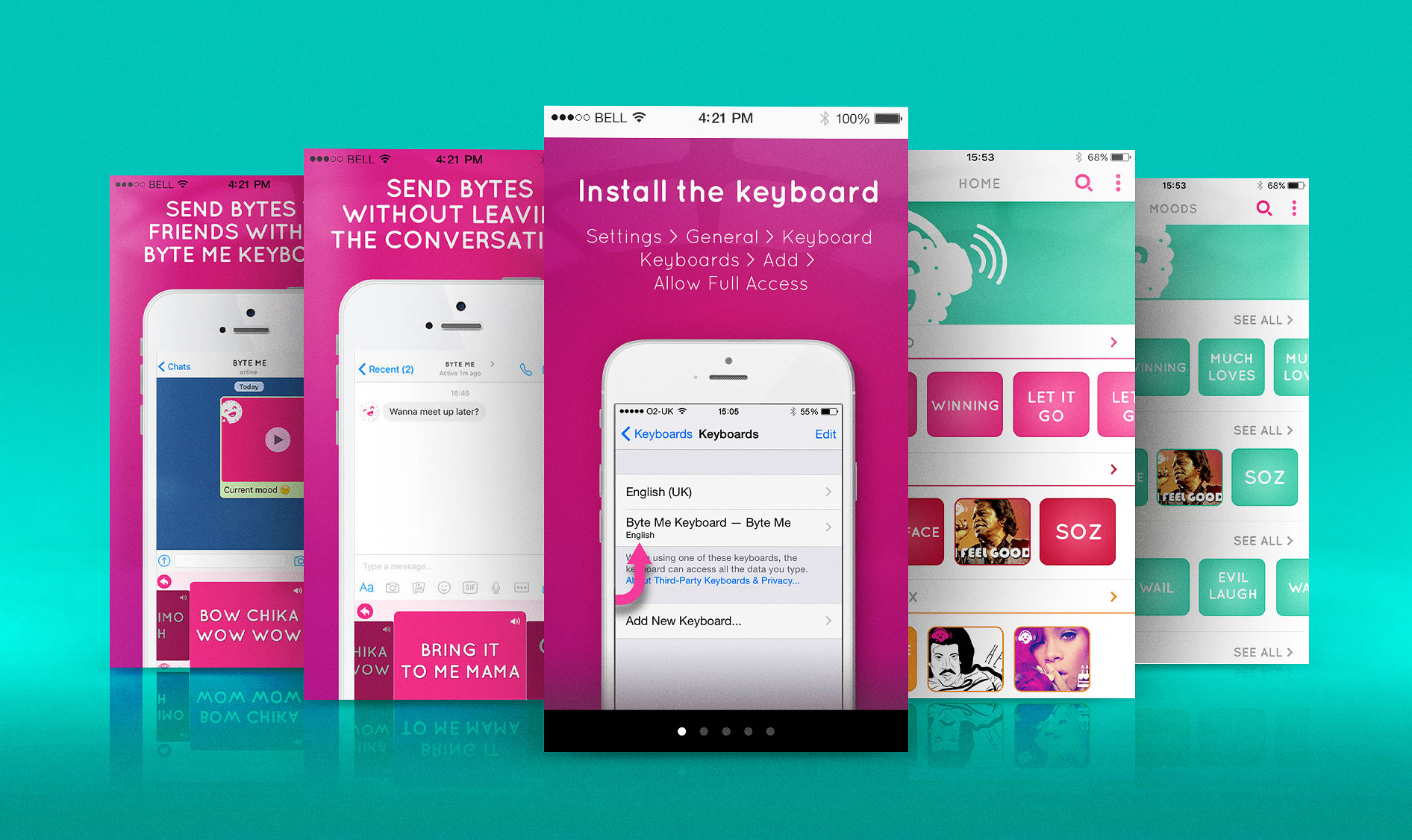 Teens show a higher propensity to share content through messaging platforms as a means of communicating rather than a means of showing off on traditional social media. Emoji’s are a highly transactional form of communication, but as a piece of technology, it’s still in its infancy.

The challenge. Extend the reach of Universal’s artists in a mobile space outside of traditional social platforms. If this could be monetized then even better!

The idea. There was a gap for a Universal Music messaging app with a difference. Making use of their sound bites would enable fans to communicate with friends in an exciting new way. An audio animated emoji keyboard was developed! in this, GIFs and soundbites could be shared across all messaging platforms, such as Facebook Messenger, Twitter, native MMS, and WhatsApp etc. It was a platform that amplified Universal’s existing sound bite content from their current and up-and-coming music artists in a more dynamic and exciting way than ever before.

Brands and Artists engaged to deliver a wealth of audio and visual content. The backend consisted of several components such as a bespoke CMS, API, Search Engine and CDN. Each component made use of several AWS services like S3, CloudFront, EBS, CloudSearch, Route53 and others. The entire system was massively optimised for caching, high performance and availability at low cost.

I was the lead designer for the whole project – from creating the visual identity to UX wireframes, app design and developing a style for the sound bytes as the project started to mature.